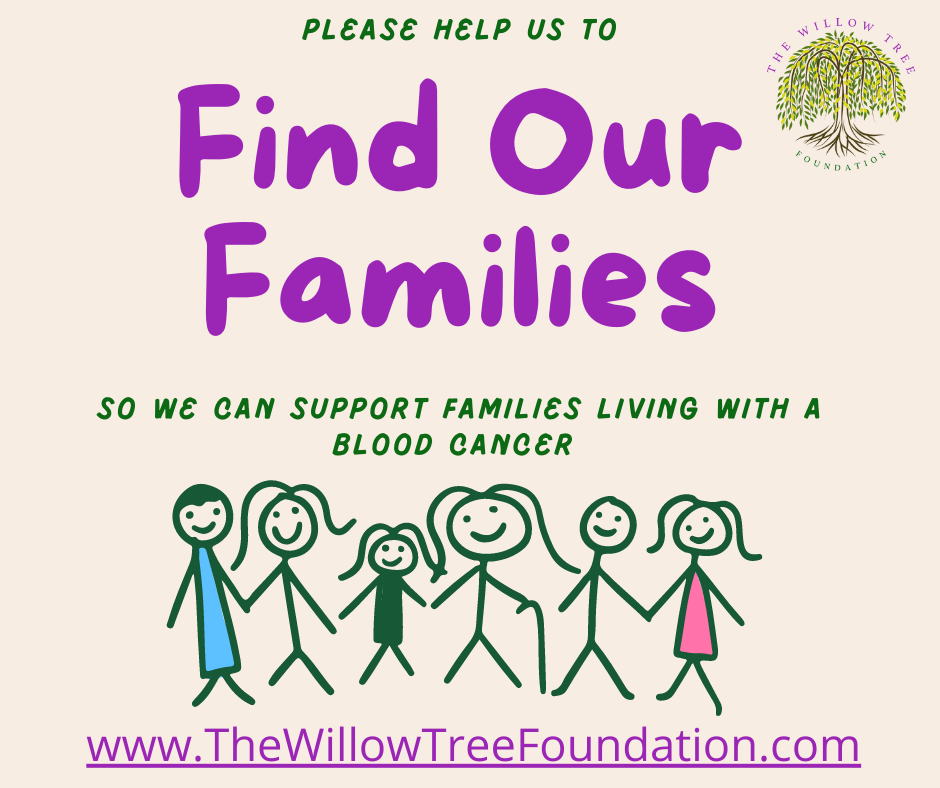 There are various types of funding that individuals & families in our Willow Tree Support Group have applied for:

On the 7th December 2021 his world was turned upside down when he was diagnosed with Stage 4B Mantle Cell Lymphoma, one of the rarest forms of Lymphoma and the hardest to treat, as it typically returns after going into remission. His treatment started quickly, as they said that it was aggressive and has already spread to his gut & he would be dead within a few months without chemotherapy.

As most Mantle Cell Lymphoma returns, his consultant told him about a new drug Obinuturzumab, which is currently in advance trials, already has a proven record of a 15% improvement in molecular remission (a complete clearance of the cancer). However, it would cost him £40,000 of his own money.

Having not been able to work since November and not knowing when he’ll be able to work again, his wife has got an additional job & their family are supporting them with our living costs.

His friends & family all came together & raised this amount within 2 weeks – and this was when The Willow Tree Foundation was born so more people could be helped too.

Ethan was born prematurely and without working kidneys so had already undergone a kidney transplant prior to his unrelated blood cancer diagnosis.

Therefore, they had already suffered severe financial pressure due to him being in and out of hospital all his life. His treatment started in a hospital 50 miles away which aided the financial and emotional strain with one parent living away from home with him for several months.

Nicola’s dad Tony was recently diagnosed at Christmas with Non-Hodgkins lymphoma at 61 years old.  Her mum & dad adopted twins Daisy and Bailey after fostering them since birth are 13. Bailey has special needs, mentally aged 6 with adhd, autism, klinefelters syndrome amongst many other things, and daisy has severe anxieties.  Both of her parents were on zero-hour contracts so weren’t able to work & do not have any income coming in since diagnosis.

Vicki, Conrad and their children; Ruby, Poppy, Max  & their cockapoo Winnie are very familiar with cancer as both Ruby and Conrad have had blood cancer, Ruby had leukaemia when she was 3 and had 3 years of chemo – She is now a healthy teenager!  Conrad was diagnosed with Mantle cell lymphoma 7 years ago (the week before they got married) he’s had intensive chemo, a stem cell transplant and antibody medication.

She choose the alternative path as one of the drugs involved in traditional treatment has very serious implications on mental health; schizophrenia, suicidal thoughts, anxiety and depression, all of which she has struggled with.  The illness Ruth has also cannot be cut out, or shrunk, it is a lifelong condition and will require the drug cocktail treatment repeatedly throughout life.

About Our GoFundMe Fundraising Campaign 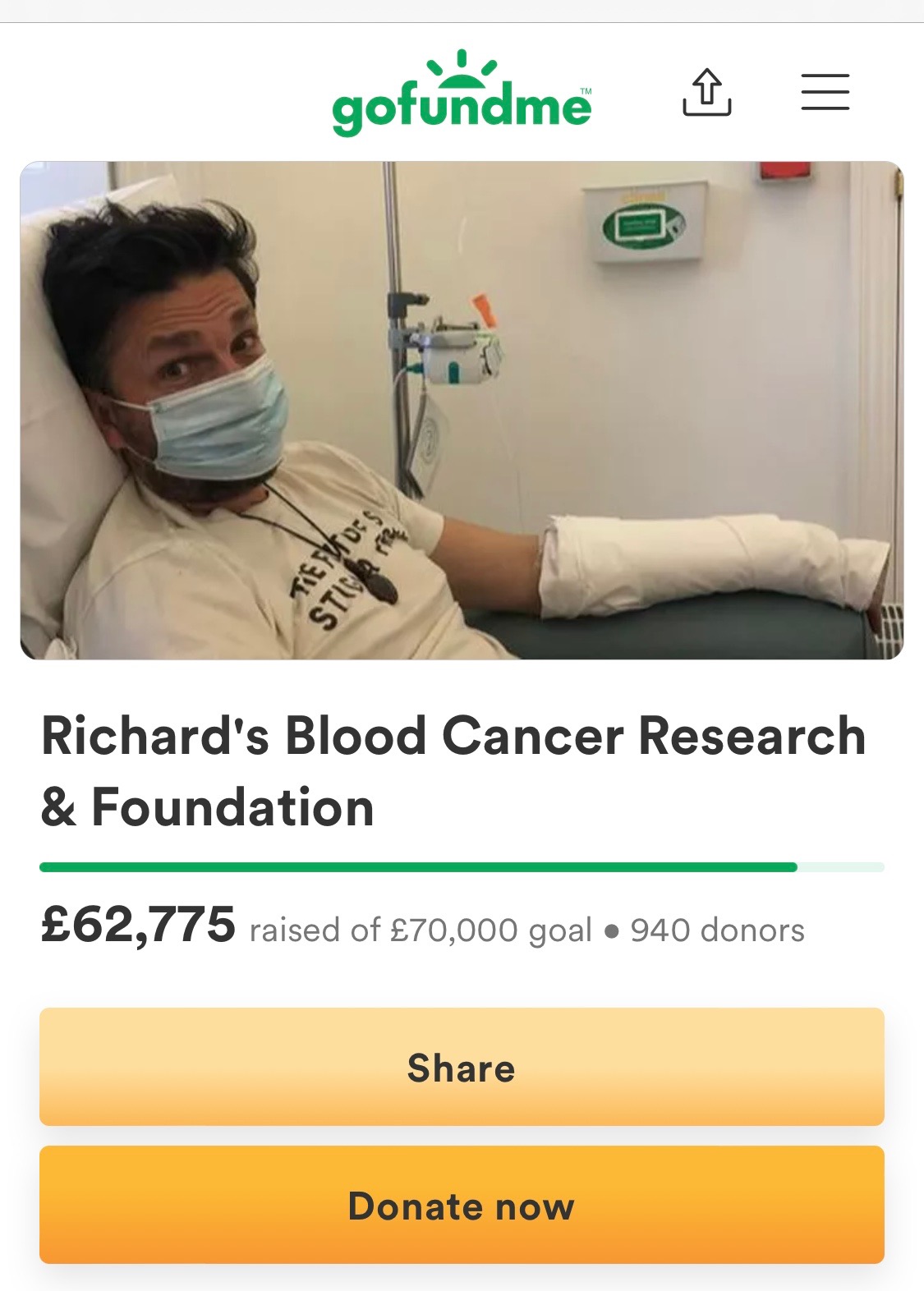 This is where the foundation started – Richard needed to find £40,000 to fund a new drug called Obinuturzumab that increased the chances of mantle cell lymphoma remission by 15% – but it is not available on the NHS or via his private health insurance. When he reached the fundraising target in under a week, he knew that he wanted to support other families with blood cancer both financially and emotionally.  This is when The Willow Tree Foundation was born. We encourage people to share this link so that we continue to fund this foundation and support others along their journey.